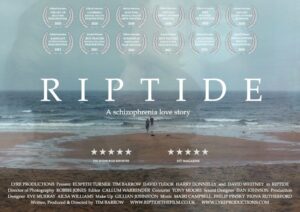 Jacob is discharged from a psychiatric hospital. He attempts to resume his life in Edinburgh, control his schizophrenia and be a worthy member of society. He works collecting litter from the streets. He boxes. He takes his medication. He writes everything down. His Dad barely wants to know him. Frustrated by a banal existence and encouraged by his psychiatrist to seek fulfilling opportunities, Jacob sets off north to the Highlands. By the sea he finds the charismatic Eva, who claims to be the secret daughter of Ingmar Bergman. And she’s on a mission. Jacob and Eva join forces and embark upon adventures.

The cast and crew are indebted to people of the Royal Edinburgh Hospital for research, advice and encouragement, especially Professor Stephen Lawrie, Head of Psychiatry at Edinburgh University, who explains:

“Schizophrenia is characterised by delusions and hallucinations. The arts, and film in particular, have a role in reducing the stigmatisation of mental illness and they provide opportunities for people to hear stories about mental illness in a way which corrects the myths and stereotypes people have about these conditions.”

Screening to be followed by a Q&A, hosted by Tim Barrow, with a panel of local mental health professionals (panel members TBC).